Perhaps you don’t need to think too much about that: Christians are pathetic sheep who aren’t brave enough to face life without the crutch of belief in the supernatural. You think of Ned Flanders, desperate to please and completely unable to stand up for himself (despite the amazing abs under that green jumper). You think of pacifist monks being slaughtered by Vikings, following someone who said something like ‘turn the other cheek’ and conclude that that’s not for you. But is it really true that being a Christian makes you a wimp?

Come and find out why it’s not true at Church this Sunday (9.15 at St Michael’s Hinton and 10.30 at St Mary’s Bransgore). Come find out why some of the most courageous people who have ever lived found their strength in following Jesus Christ who ‘for the joy set before him endured the cross, scorning its shame’ (Heb 12.2). Come and find out why the Bible describes being a Christian as like fighting a fight, running a race, preparing to go to war and preparing to build.

These talks are given by your very own vicar (pictured above), a renowned Oxford University educated theologian and widely-published academic (yuk) whose great achievements are well-documented on his not-at-all pretentious and rarely updated blog http://www.benjaminsargent.org 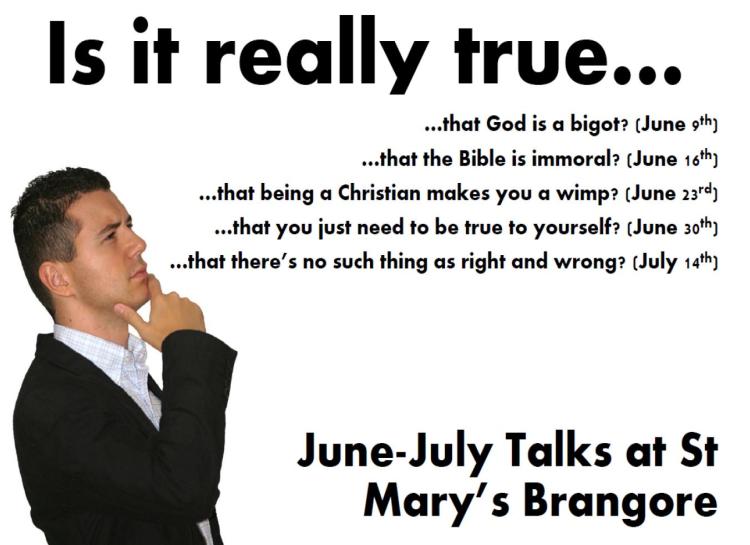